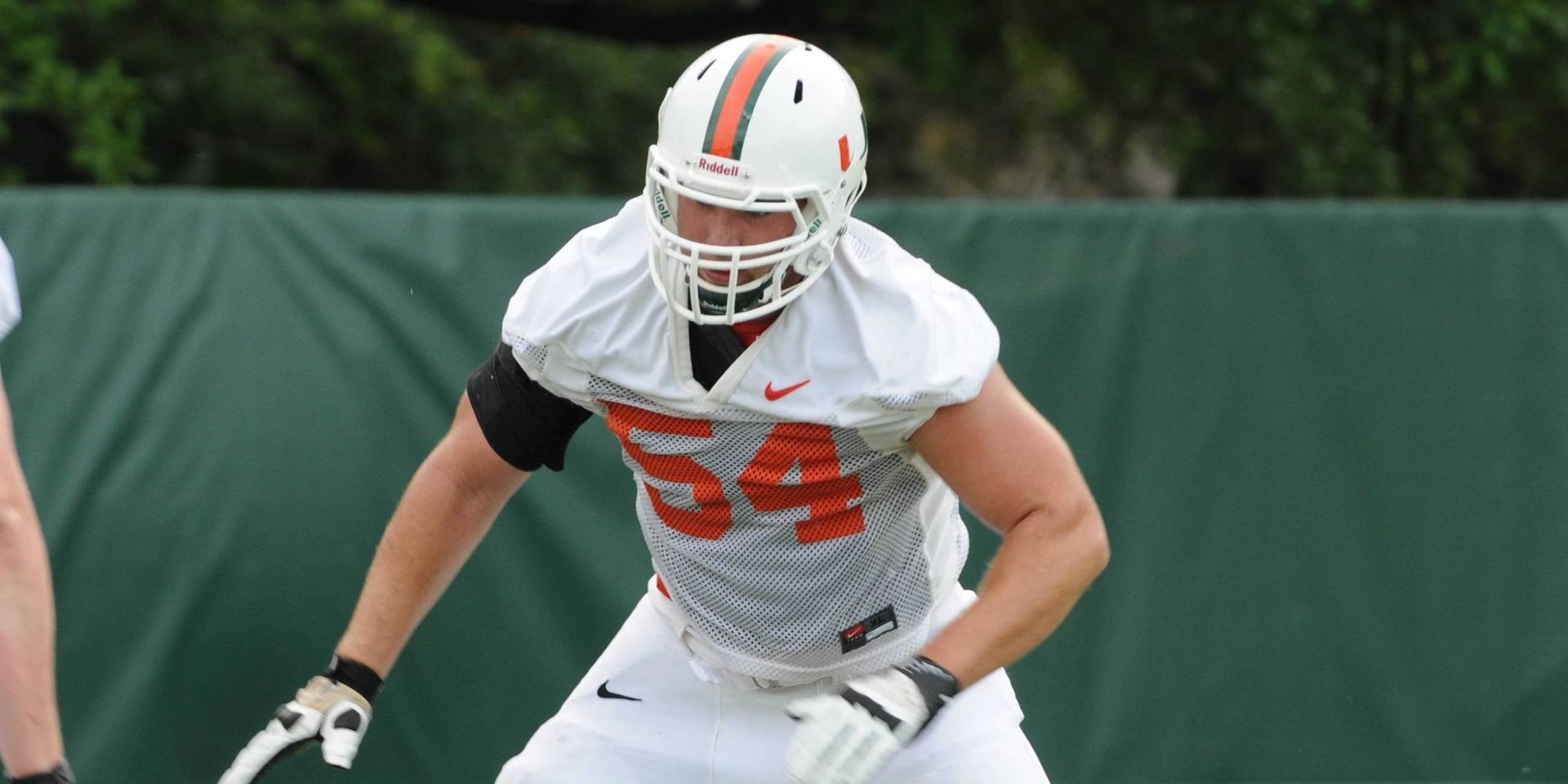 Statement from Hunter Knighton
“On February 24th, my football career at the University of Miami was unfortunately derailed after being taken to the hospital following a workout. With a 109 degree body temperature and unknowingly suffering with the flu, I was stricken by a heat stroke.  The results were not good: brain swelling, multiple seizures, kidney and liver failure.  Unresponsive, I was placed on a ventilator for twelve days during which time I fought one of the greatest battles of my life against a loss of blood platelets, double pneumonia, and fever.  By God’s grace, and with an amazing medical team at both Doctor’s Hospital and UM Hospital and with a great support group of family, coaches, and friends, I was finally able to leave the ICU after two weeks.  I am so close to achieving my childhood goal of playing Division I football and I am determined to make it happen.  I plan to contribute this spring to my team and not only achieve my goal of playing major college football, but far surpassing it, and helping The U win games.  Thank you to all of those who have supported me and prayed for me.”

Statement from head coach Al Golden
“As we entered the spring of 2014, Hunter Knighton was distinguishing himself as one of the top performers on our team. He had completed our off-season training program ranked third among all of our offensive linemen and was emerging as a team leader.  Hunter was so close to realizing his lifelong goal of starting at center in major football program when he fell ill.  Since he first began the recovery process, Hunter has been nothing short of amazing and has been an inspiration to us all, approaching his rehab program with courage and fortitude.  I have absolutely no doubt that Hunter will continue to persevere, make a full recovery, rejoin his teammates and realize all of his goals at The U.”