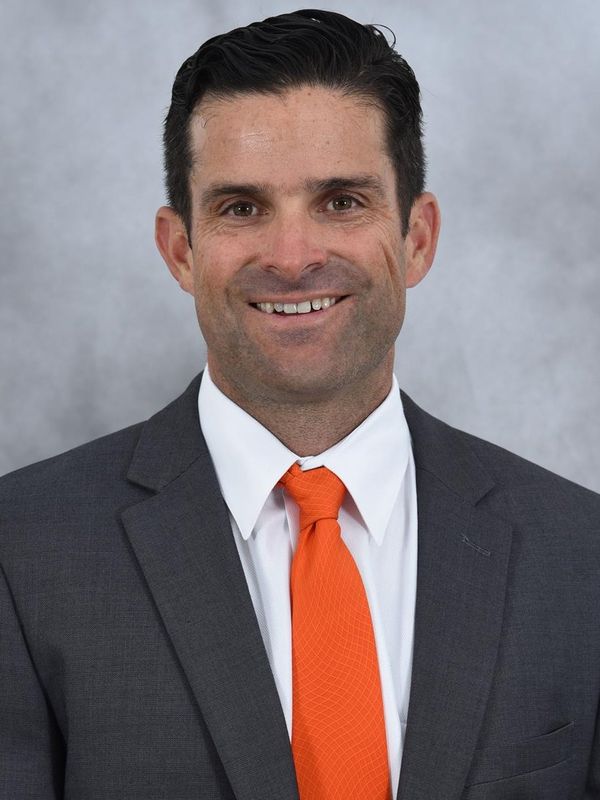 Manny Diaz, who has deep roots in the Miami community and catapulted the Hurricanes defense to elite status during his time as the team’s defensive coordinator from 2016-2018 – was announced as the 25th head coach of the University of Miami football program on Dec. 30.

2021 will mark Diaz’s third season as head coach of the Hurricanes and a return to his roots as defensive signal caller.

“Manny is one of the nation’s elite coaches and the Canes’ Family has already embraced him and his incredible work ethic over the past three years,” said UM Director of Athletics Blake James upon his hiring. “He is absolutely the passionate and innovative leader that our program needs, and we will work together to build an incredible staff to move our program back into championship contention.”

Diaz, who has an impressive resume during nearly two decades as a defensive specialist coaching several collegiate programs, accepted his dream job of leading a Hurricanes team he believes is destined to return to the top echelon of collegiate football in the years to come.

“Miami is home. The University of Miami is home. The U has truly been ‘the job’ for me since I first got into coaching,” said Diaz. “Having worked here over the past three years, I came to understand what it means to be part of ‘The U’ and came to appreciate the passion and commitment to excellence of all who proudly call themselves Canes. We will restore the football program to its place among the nation’s elite and we will do it with hard work, dedicated coaches, and outstanding student-athletes. I’m excited about working with Blake and his team to make that happen.”

In his most recent season as head coach of the Hurricanes, Diaz led Miami to an 8-3 overall record, including a 7-2 mark in Atlantic Coast Conference play, and an appearance in the Cheez-It Bowl. Miami won seven games in ACC play for the second time with Diaz on staff (2017) and the third time overall.

During his 20-year coaching career, Diaz, the son of a former Miami mayor, also named Manny Diaz, has coached in 19 bowl games, amassing a 13-6 record in bowls, and has coached numerous all-conference and NFL players at six collegiate institutions.

Miami delivered another stellar season on defense in 2018. The Hurricanes ranked No. 4 in total defense and ranked No. 1 in several categories, including tackles for loss, third down conversion percentage and passing yards allowed. Defensive tackle Gerald Willis earned All-American honors from several outlets while linebacker Shaq Quarterman was named to the All-ACC First Team – one of eight all-conference picks.

Continuing the impressive trends from Diaz’s first year running the defense, the Hurricanes ranked among the nation’s leaders in several defensive categories in 2017, including first nationally in team sacks, third nationally in tackles for loss and ninth nationally in opponent yards per play. Five Hurricanes on the defensive side of the ball earned 2017 All-ACC honors while another three picked up Honorable Mention recognition.

Miami’s defense enjoyed vast improvements under Diaz’ watch and served as one of the top units both in the ACC and nationally in his first season in 2016.

In 2015, Diaz’s defensive unit helped Mississippi State to a 9-4 record and a victory over NC State in the Belk Bowl. His defensive unit held opponents to just 23.2 points per game and ranked in the nation’s top 10 in red zone defense and tackles for loss.

Diaz spent one season, 2014, at Louisiana Tech and his impact was felt in a big way. The Bulldogs led the nation in turnovers gained (42) with 16 fumble recoveries and 26 interceptions.

Before his stop at Louisiana Tech, Diaz coached three seasons at Texas (2011-13). His 2011 defensive unit ranked ninth in total yards per play.

Before his first stop at Mississippi State, Diaz spent four seasons as defensive coordinator at Middle Tennessee State. Diaz coached linebackers for two years after mentoring the safeties during his first two years.

Before joining Middle Tennessee, Diaz played a significant role for one of the country’s top-ranked defenses by coaching safeties in 2004-05 and handling the linebackers in 2002-03 for NC State.

Diaz spent the 2000 and 2001 seasons at NCSU as a graduate assistant working primarily with the linebackers. During that time, the Wolfpack went to two bowl games and became the first ACC team to beat Florida State in Tallahassee.

Diaz began his coaching career at Florida State in 1998. In his two years as a graduate assistant, he was on the same coaching staff as Miami head coach Mark Richt and was part of the Seminoles’ national title-winning coaching staff in 1999.

Diaz and his wife Stephanie have three sons: Colin, Gavin and Manny.